Site Planning for the development of their expansion strategy in France. 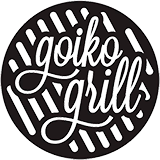 Goiko is a company that emerged in 2013 and whose purpose is, as they say, “to feed the desire to improve and to show that everything is possible by doing things right”. Currently, Goiko has more than 75 stores in Spain and that is without resorting to a franchise model. Since the end of 2019, they have accelerated their expansion into France and plan to take on more markets in the near future.

Goiko wanted to launch their expansion into Francia and they received offers from different locations in both Paris and Lyon, but they wanted to base their decision on data that was safe and efficient.

The biggest challenge was to compile the data gathered through geolocation and GIS tools and make it easy to use.

Do you have a challenge and don't know how to face it?