Vodafone, one of the world’s leading telecommunication operators, sponsored the MTV EMA gala, which took place in Bilbao. At the MTV Music Week in Bizkaia, there was a week full of events and concerts for more than 70,000 attendees. As sponsor of the event and technological partner of the festival, Vodafone deployed a series of sensors on site. They created a unique insight on how using Location Intelligence can be used in the management of resources and space at large events. The MTV European Music Awards in Bilbao was a huge organizational success thanks to IoT technology, Vodafone mobile data and BBVA data in venues such as San Mamés or the Bilbao Exhibition Center (BEC). 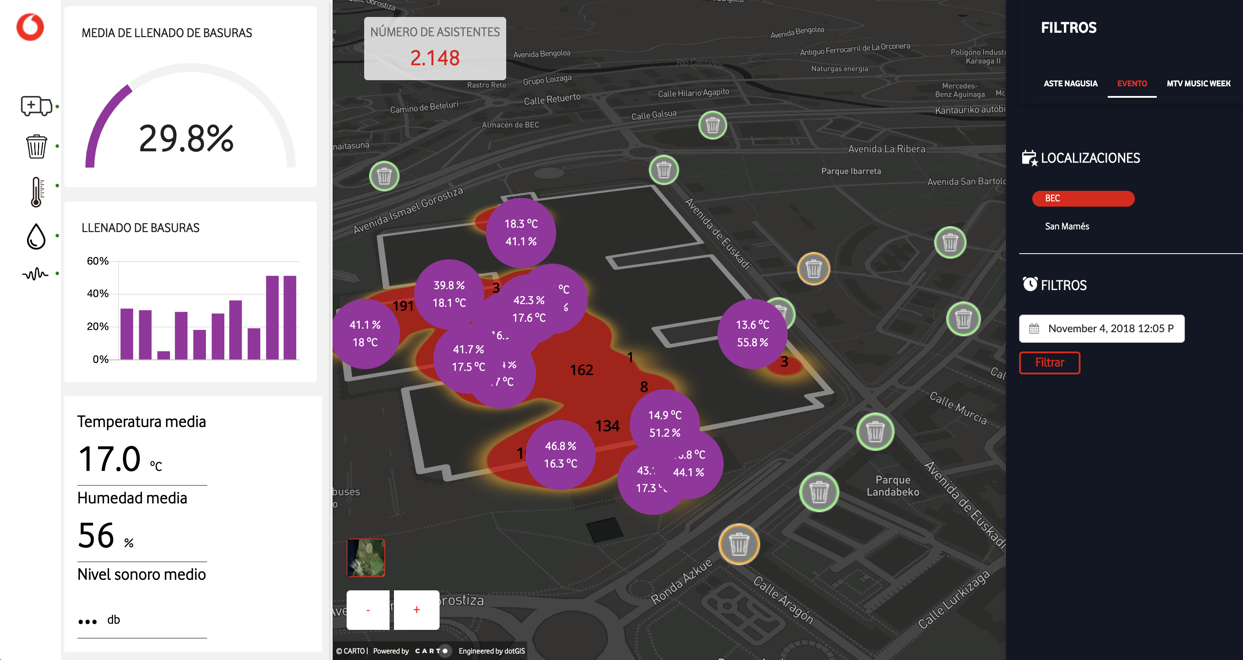 Vodafone was capable of collecting a large amount of data in real time, but they did not have the way to make the data visible so that decisions could be made based on it. As a result, DOTGIS created a control panel that allowed organizers to obtain new KPIs from the data, to understand the data by obtaining new KPIs, and make quick decisions in real time from this data.

The biggest challenge that arose in this project was to create a solution to optimize the management and organization of the event, and at the same time, offer the best user experience to the more than 70,000 attendees during the giving out of awards and the concerts.

DOTGIS, developed a control panel that gave the ability to monitor the event in real time, combining loT and Location Analytics, allowing us to: 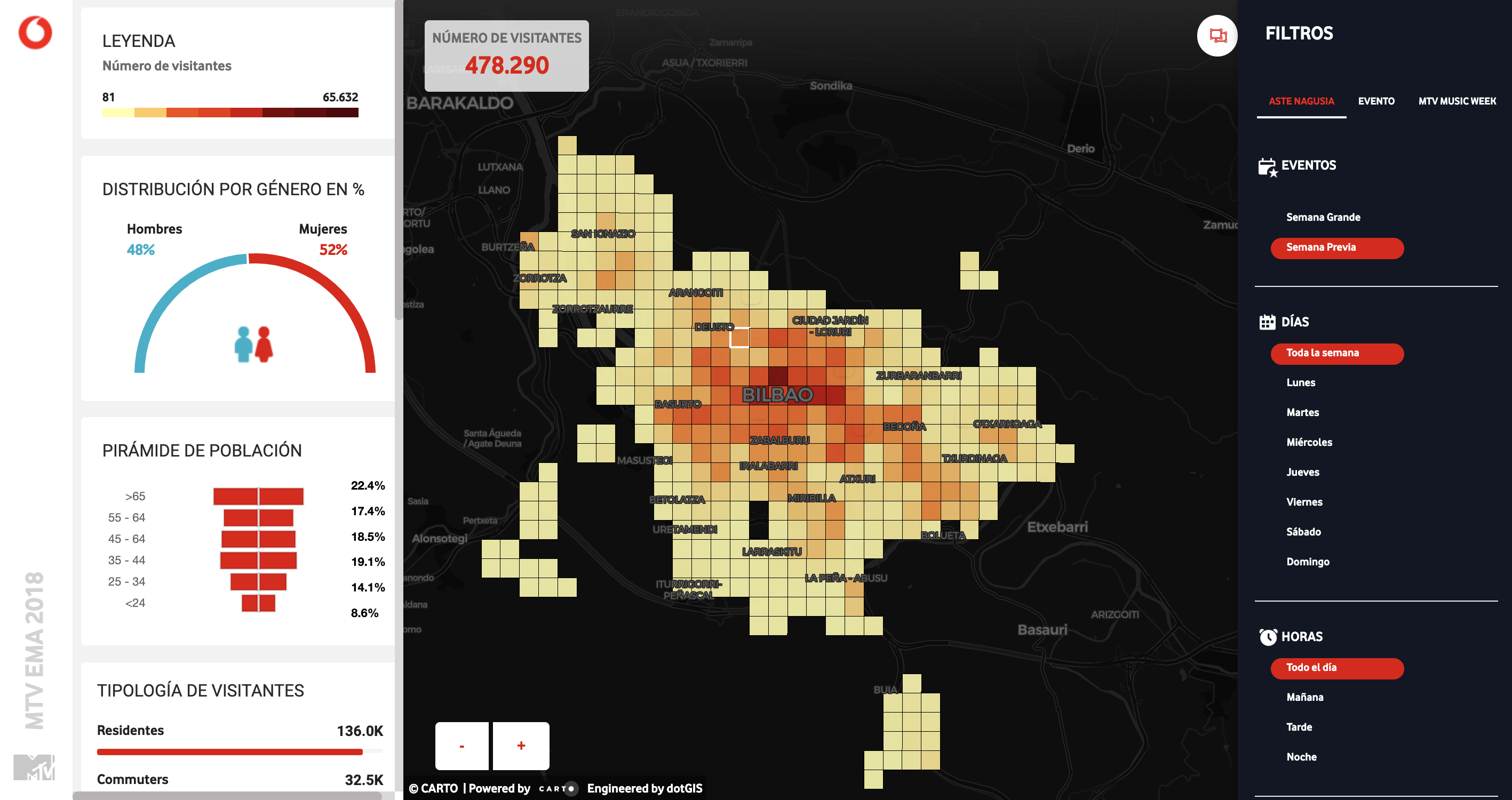 All of this helps the promoter save on time, resources and cost. The value added is immediate and from the point of view of the user it offers a much better experience.

Do you have a challenge and don't know how to face it?